Africa, where war rape on women continue and is never ended

It was 1976, and Susan Brownmiller, author of one of the first posters concerning gender violence (Against our will. Men, women and sexual violence), wrote: “The defense of women has been, from the down of time, symbol of men’s pride, as well as the possession of women has been a symbol of male success.

THE BODY OF A RAPED WOMAN BECOMES A RITUAL BATTLEFIELD, a LAND FOR THE WINNER’S TRIUMP 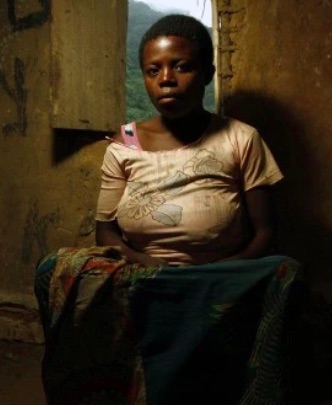 A concept that the ethnic conflicts of the 90s have expanded and made clear, thanks to the International Tribunal of Rwanda that in ’98 sanctioned sexual violence as a “war crime”, uttering sentences for the perpetrators of genocide, so that rape is no longer a “simple” consequence of war but a weapon used for pursuing political terrorism purposes, eradication of a group, voluntary ethnic cleaning. Margot Wallstrom, special reporter of the United Nations for sexual crimes in conflict situations, states:

the phenomenon has become systematic and widespread, and there was an increase in cases of violence against women perpetrated by civilians aware of not incurring any penalties. It is therefore necessary to change the point of view that considers rape only as a collateral damage during times of conflicts. Rape is neither cultural nor sexual, but it is criminal.

“An important affirmation, if it is considered that in the same period in which it was put under trial Ratko Mladic, the Executioner of Srebrenica, it was also caught Bernard Munyagishari, the former leader of the Hutu militias, who participated in the Rwandan genocide with the massacre of 800 thousand people and created a special department made for raping and killing women, during that conflict.

In addition to Rwanda, also Burundi, Uganda and Angola have been accused for the atrocities that took place in Congo between ’93 and 2003, where the systematic use of rape by all combatant forces is denounced in a UN report with a 500-page document that lists 617 serious ascertained violations: “Sexual violence is a daily reality that gave no truce to the Congo women – it is read in the report – and the various armed groups have committed sexual violences that fall within the framework of true terror campaigns. 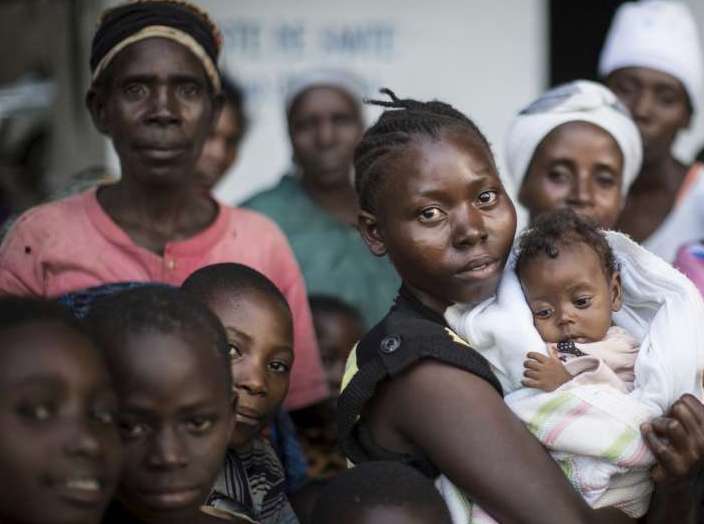 A war that since 2004 has seen the rapes increasing of 17 times. A few months ago Amber Peterman, author of the study published by the America Journal of Public Health, spoke of the Congolese tragedy as a 26 times worse phenomenon than as estimated by the UN: “The data show us that the previous reports of sexual violence in the Democratic Republic of Congo don’t picture the reality”. According to this report, rape cases would be around 1,100 a day, out of a total of 400 thousand women between 15 and 49 years, raped between 2006 and 2007 – an average of 48 women at hour, almost one every minute – estimates based on sanitary structures data, against the 15,000 recorded by the UN and based on police reports.

IF YOUNG WOMEN UNDER 18 YEARS ARE MORE EXPOSED, THE MOST AFFECTED GROUP IS WOMEN BETWEEN 19 AND 45 YEARS

Everyday tremendous violences happen in eastern DRC, where soldiers, coming from different places, commit the same atrocities.“We are facing a cancer spreading in the middle of impunity and silence,” says Michael van Rooyen, Harvard Humanitarian Initiative director, which carried out an inquiry on a group of victims, of age varying between 3 and 80 years, in the Panzi hospital in Bukavu. The 60% of people suffered from collective violence committed by a number of men going from 3 up to 15 rapists at the same time. 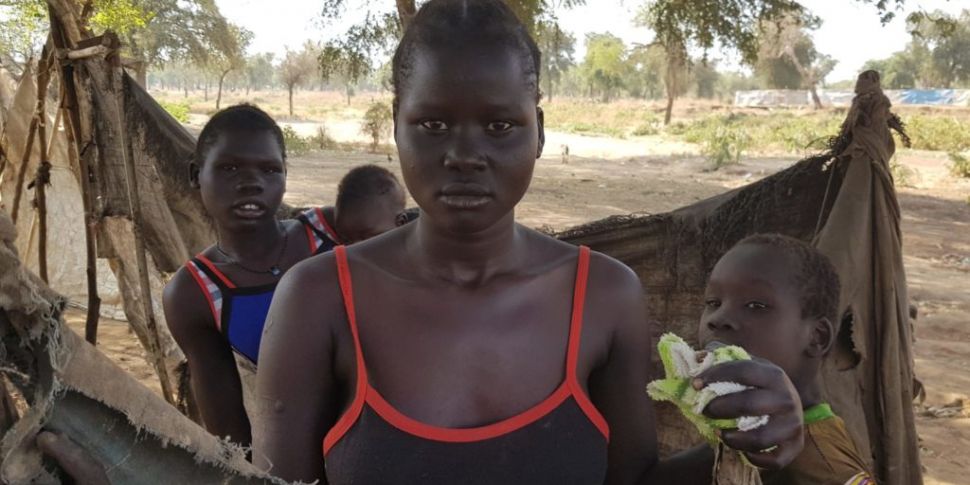 In the villages, at home, in the countryside or on their way, women who come across a patrol are doomed: there is the home rape, where the father is forced to rape his own daughters or a son to rape his mother under threat of death; the rape of women aged between 70 and 90 years old, according to magical beliefs, raping an old woman coming from a different etnie brings the man luck, virility and invulnerability. Or there is the rape of girls between 2 and 7 years old since it’s believed that pedophile rape makes men immune to HIV, or for those infected leads to a recovery.

RAPE CAN ALSO BE FOLLOWED BY CUTTING OFF BREASTS, THE DESTRUCTION OF THE VAGINA, UTERUS DESTRUCTION MADE WITH BURNING EMBERS, CUTTING WEAPONS, shotgun barrels OR STICKS 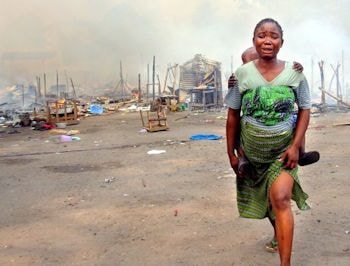 Some young girls are impaled after violence while pregnant girls, in extreme cases, may run the risk of being ripped open with bayonets which also are used to remove the fetus. Many young girls, aged between 7 and 15 years, are enslaved and while the most “beautiful” become of property of the commanders, the others are daily submitted to collective rapes. This tragedy is called the “re-rape” because the majority of girls is repeatedly raped and forced to self-cannibalism, where the victims have  to mutilate themselves and eat their own flesh. Even worse, the violence in the DRC comes from both the militias and the State forces engaging serial rapists, and even though the war was officially over in 2003, the fightings continue.

Last summer 250 women and children were raped in a few days in the North-Kivu province just a few steps from the blue helmets, which did not intervene despite having a base 30 km away from the area, and Heal Africa hospital’s doctors reported terrified patients, such as a 10 year old girl who was raped for hours and that didn’t speak for months. In order to understand who are ​​the responsibles of the violence in Congo, we must analyze the conflict phases: at the beginning (’94 -’96) the former Hutu Rwandan army took action (FAR), together with the Interahamwe genocidal militia and the FAZ (Forces Armees du Zaire).

Then, in the war of liberation and in the First Pan African War (’96 – ’03) the perpetrators were the RASTA and the FDLR, the Congolese Mai Mai militia, the militars of the DRC, the militia of Bemba, Hutus from Burundi and the FARDC (Military forces of the Democratic Republic of the Congo); in the third phase, from 2004 till today, the RASTA, the FDLR, the Mai Mai, the FARDC, the Ugandan rebels LRA and ADF, the tusti militias of General N’Kunda. To be added to this the

RAPES COMMITTED BY THE PEACEKEEPERS, AN INQUIRY THAT IDENTIFIED 319 UN OPERATORS , ACCUSED OF SEXUAL ABUSES TOWARD THE POPULATION THEY HAD TO PROTECT

Africa is one of the bloodiest war zones in the world. In the Sub-Saharan Africa, armed groups in Congo, Somalia, Ethiopia, Nigeria, Liberia and many other countries use daily violence against women, as if the rape was considered an integral part of the war purposes. In 14 years of Liberian civil war the 40% of women was victim of violence with devastating physical and psychological consequences; in the Sierra Leone civil war, thousands of women, girls and little girls were raped and reduced to sexual slaves. 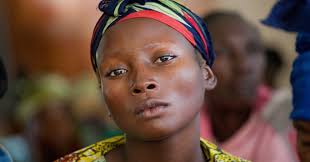 An unknown number of women and girls were raped in Darfur, in southern Sudan and in the Nuba Mountains during the conflicts, where young girls of eight years old were raped and where, according to Amnesty International, the girls who tried to escape had their legs broken and then the rape was consumed. During the recent fights in the Ivory Coast, an Amnesty International mission has reported that both the forces of the incumbent President Laurent Gbagbo and those linked to the new president Alassane Ouattara, have committed serious violations including rapes of women who reported of having been violated in front of their own children. Then, they escaped in Liberia and reported to the NGO Equip operators that they have been forced to watch their mothers while they were raped and killed and a woman told she has been forced to watch the soldiers while they violated her 4 year old daughter.

The soft-porn narrative of violence against underage girls

Safe from fear: the correct information of gender-based violence as a form of prevention

In Europe feminisms fight the right, but the women leaders are more at the top of the right than of the left

Cedaw: Italian women send the Cahiers de doléances against their government to the United Nations