US President Joe Biden signed an executive order in defense of abortion accusing the Supreme Court justices of making “a political decision” and urging the women who are protesting to continue. A decree that guarantees women to be able to move from one state to another to be able to abort and that enhances current health services, giving a mandate to the Department of Health to expand access to pharmacological abortion, in line with the Food and Drug Administration, and asking the Minister of Health, Xavier Becerra, to expand access to emergency medical services, contraception, assisted fertilization and other reproductive services, where the possibility of purchasing abortion pills is not provided in the states where the interruption pregnancy is already prohibited.

Inadequate measures to contain the tsunami, given that Biden himself has repeatedly reiterated that he does not have “the authority to restore Roe v. Wade as the law of the country»

The Catholic Biden, who has never uttered the word “abortion” until now since he was president, knows very well that the Democrats do not have votes in Congress to pass a national law regarding the termination of pregnancy, and that main obstacle to enact a rule that enshrines this human right, is the modification of the absolute majority rule in the Senate where any approval requires 60 votes (while the 100 members are equally divided between Republicans and Democrats). Rule of obstruction that a month ago blocked the same Congress that had tried to pass the right to abortion with the Women’s Health Protection Act, approved in the House but rejected in the Senate where it failed miserably. 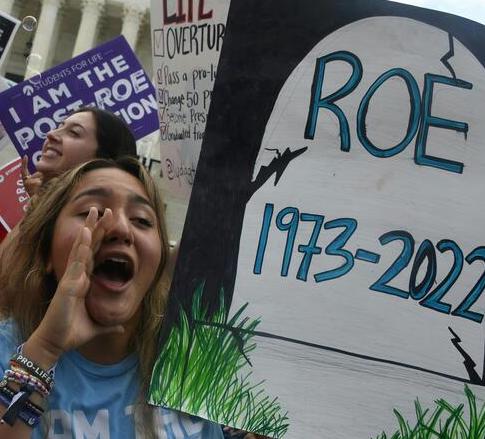 A disaster, that of the cancellation of abortion in the United States occurred with a coup by the Supreme Court, to which 70% of Americans, according to the CNN, are opposed and to which President Biden, replied by speaking of a wide threat to civil rights, from contraception to marriage. A decision by the judges that the Democrats have known for months and on which Biden is playing cunning now, asking voters on several occasions to choose pro-choice candidates, or to vote dem, in the Midterm elections in November, in order to heal the situation. 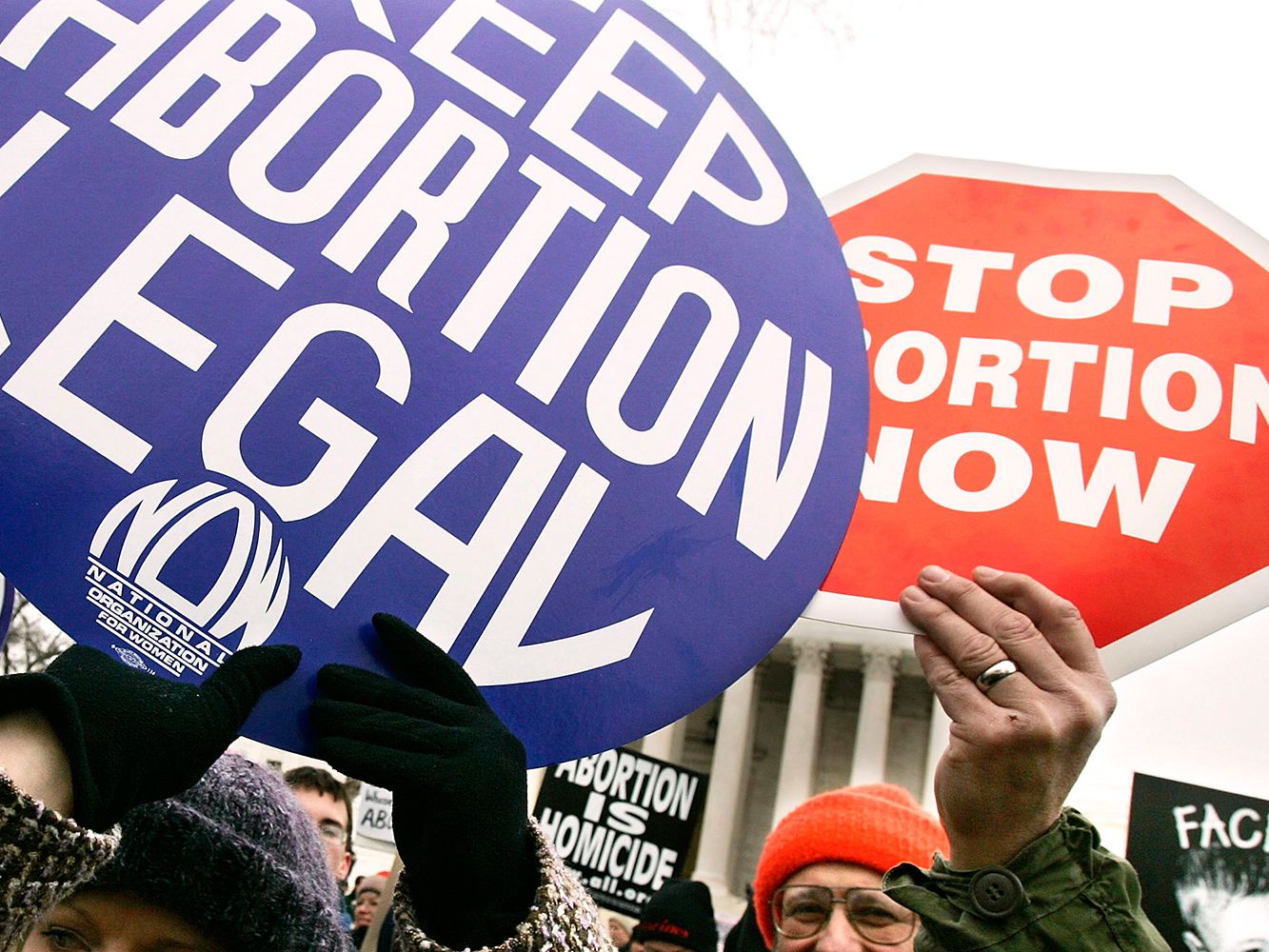 A shrewd move given that those elections up until now looked like a total debacle for a president who, according to polls, has lost a lot of support for his inability to deal with inflation and crime that went through the roof after his election and for its positions on the conflict in Ukraine. With the cancellation of the historic Roe v. Wade, which protected the right to abortion in the USA since 1973, laws have gone into effect such as the one passed in Alabama which prohibits the voluntary termination of pregnancy (IVG) even in the case of rape or incest, and condemning doctors up to 99 years in prison.

A trend, that of restricting the rules on IVG in various American states, that has been strong in the last ten years and which today has revealed itself as part of a plan prepared over time thanks to Republican support 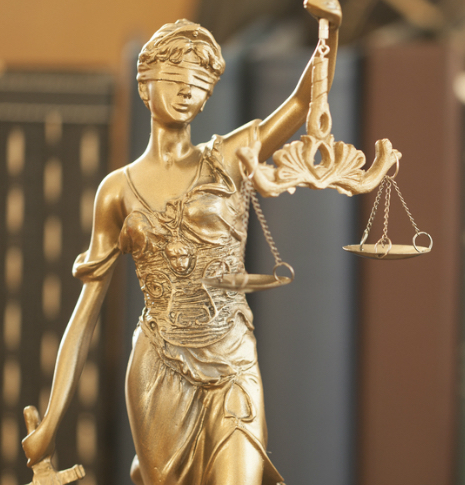 Now, with the cancellation of Roe by the Supreme Court, many of those rules could go into effect, restricting the possibility of terminating a pregnancy with anti-abortion laws already approved in 13 American states and with 25 ready to ban abortion. These include Texas, where those who help a woman have an abortion can be persecuted, or Oklahoma, which has passed a total ban, but also Kentucky, Mississippi, Ohio, or Missouri, where abortion is outlawed after the ‘eighth week and only in case of emergency but never for rape and incest, while in Georgia the prohibition is based on the heartbeat, the pulsation which, although not a heartbeat since the heart is not formed, is perceptible in the first six weeks when the woman does not even know she is pregnant.

A proposal, that of the beat, promoted more than ten years ago by the Faith2Action group, led by conservative activist Janet Porter, which had received no support in American politics except from ultra-Catholic right-wing groups, and which when it was proposed in Ohio in 2011 it was rejected by the same conservatives who found it extreme, while today it is a super popular legislative model in several states that will not stop despite the fact that the courts are already moving to block anti-abortion laws (as has already happened in Texas, Louisiana, Utah and Florida).

The five conservative judges of the Supreme Court

Not surprisingly, when the Supreme Court ruled against Roe, it started with the opinion expressed on a Mississippi law regarding the ban on abortion after 15 weeks without exception of rape or incest. In the indiscretion made in May by “Politico”, who published the draft presented by Judge Samuel A. Alito Jr. on February 10, it was clear that the majority of the judges would not turn back since they had classified the Roe as “extremely wrong”. Of the nine judges present at the discussion, the conservatives Alito, Clarence Thomas (who would also like to abolish contraception), Neil Gorsuch, Brett Kavanaugh and Amy Coney Barrett, or the majority, had declared themselves ready to wipe out the right to self-determination of women in the US, in a decision that is now final, also adding Planned Parenthood v. Casey of ’92, according to which people have the freedom to make “intimate and personal choices”, thus also contesting gay marriages and private sexual acts between people of the same sex.

The money behind this move

The five conservative judges went straight to the point despite the strong dissent of the three liberal judges (Sonia Sotomayor, Elena Kagan and Stephen Breyer), and the opposition of the Chief Justice of the Supreme Court, John Roberts, who despite having voted with the majority against abortion, he would have preferred to confine himself to validating the Mississippi law.

But how was it possible to give the government of a country the decision to abort that must be left to the woman and her doctor? It was a question of numbers

Donald Trump, who took credit for this victory, during his tenure managed to bring the Conservatives into the majority in the Court (today 6 out of 9), naming Amy Coney Barrett, Neil Gorsuch and Brett Kavanaugh, who was accused, this last, of sexual abuse by at least four women. A job done with great care given that the Gop is in heavy debt to the pro-life who have given huge flows of money into the republican coffers with the promise of their own to overthrow the Roe: evangelical and ultra-Catholic conservatives who are an important part of the electorate for the re-election of Trump who honored his political debt and who had shown his goodwill already at his inauguration with the restoration of the Global Gag Rule, with which he blocked funds to international NGOs for the reproductive health of women in the world, by funding the largest company that runs a chain of pro-life clinics against abortion and contraceptives with that money. His choices demonstrate how Republicans have moved to the right wing in the space of a few years in a completely different atmosphere than when in the United States they were all in favor of the IVG: men, women, Catholics and even Republicans.

A goal, that one of the destruction of women’s rights and civil rights but also personal freedoms, which is not only of the American right and which has been developing for some time at an international level through the strategy of overturning the very concept of “human rights”, starting from the termination of pregnancy branded as “against the right to life from conception”, without taking into account the danger to the life of women who risk death with clandestine abortions. 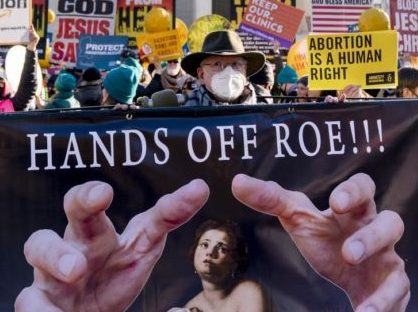 As has already happened in Poland, where the Constitutional Court has razed an already restricted abortion law to the ground thanks to the drafting of legal reasons drawn up by the powerful organization Ordo Juris, the aim is not only to bring down the IVG but the “Restoration of order natural”, as stated in the manifesto of Agenda Europe, the network that brings together all the reactionary right-wing ultra-Catholic forces of the planet and which also finds valid support in the World Congress of Families. Here at the center is the white heterosexual family as a control microsystem in which the woman has a mere procreative and nurturing function, while the man is the pater familias who owns the wife and also the children: a system in which there is not place for abortion, nor for homosexuality, and where women will have to silently endure even domestic violence without saying a word, if they want to stay alive.

Share
Facebook
Twitter
WhatsApp
Telegram
Email
Articolo precedente“Me, a mother kidnapped in the mayor’s office while taking away my nine-year-old son”
Articolo successivo“Invisible crimes”: investigation into abuses on women and children who suffer the double violence in the Italian Courts

The destiny of Italy and Europe: end of Human Rights and Restoration of the Natural Order

“Invisible crimes”: investigation into abuses on women and children who suffer the double violence in the Italian Courts

Violence against women and parental alienation: the road that led to the birth of the Femicide Parlament Commission in Italy