Worldwide, 58% of women lost their jobs and 243 million have experienced of domestic violence

True, Covid has destroyed our lives, but not in a fair way. Undoubtedly, the pandemic has increased the already existing inequalities, widening the gap between rich and poor. But it is also putting at risk rights conquered over time, that could magically disappear in front of us. First of all, let’s say that since the beginning of the pandemic 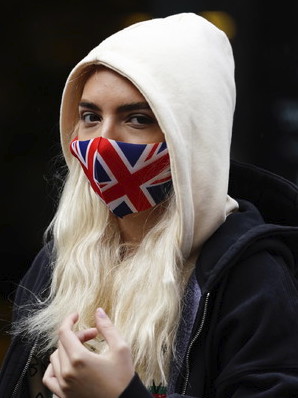 (“The virus of inequality”, Oxfam Report). At the same time, the 1,000 richest people in the world have already recovered their losses. And this happens during a “boom” that could reduce more than half a billion people into poverty by 2030. At the present time 115 million people in the world are infected and we count 2 million 96 thousand deaths. It’s a crisis that can be considered the most serious of the last 90 years in terms of unemployment and impoverishment. Indeed, this is the antechamber to the erosion of fundamental rights where the first subjects to be affected are women, meaning half of the population, even a little more.

Let’s see how. Globally, 58% of women are precarious workers and in the first month of the sanitary emergency they had already lost 60% of their income. 11 million girls risk non-attendance at school and to not have a minimal financial stability. They are more likely to be victims of forced marriages and domestic violence.

Not only that, because in this pandemic 243 million women and girls have experienced some form of domestic violence 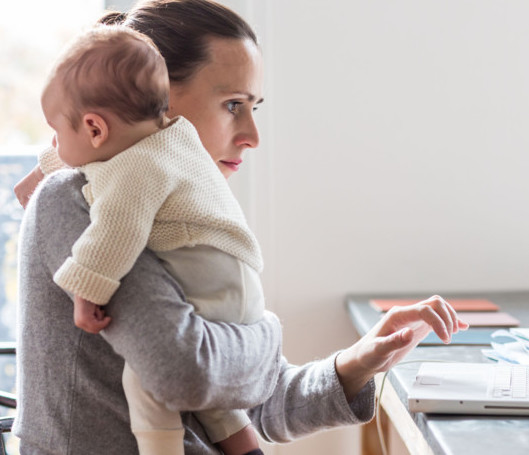 Data that become alarming if we think that only in our country 1 million 300 thousand women are likely to remain unemployed soon. Only during December, the 98% of the 101,000 disappeared jobs, were female employment. Numbers that could make the already worrying 48.5% implode (the European average is 62%), which represents the work rate of Italian women (among the lowest in Europe). This could make women even more dependent upon their partners. A kind of dependence, the economic one, which makes it even more difficult to report a mistreatment in the family for the fear of finding themselves in the middle of the road and maybe even deprived of their children.

A job that is usually part-time, precarious, underpaid and undeclared, that with the lockdown has become smartwork. With it, we must add the inevitable burden of caretaking, which sees already around the 67% of women. Since they’re forced to stay at home, they could find themselves being beaten and killed, given the exponential increase in the domestic violence related to the inability to go out and seek help. 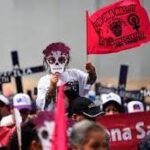 Last year, the Viminale (Italian Ministry of Internal Affairs) has in fact announced that homicides decreased, but femicides have increased. Not only that, but they mainly occurred within intimate relationships (90% in the first half of 2020) and by partners or exes (61%). The average is a woman killed every three days. But that’s not all. Facing the fall of the Conte government and the establishment of the new Draghi government, even the representation of women in the institutions received a slap on the face.

We’ve seen that there are only 8 female ministers out of 23 departments and only two having a portfolio, ignoring the fact that who is in the front line in the fight against Covid are women 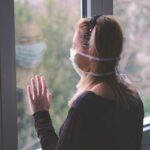 In hospitals (where 66.8% of the staff is composed of women even if 80% of the primary doctors are men), in the very difficult school environment, at home with the caretaking of children and the elderly, not to mention the scientists who have made an enormous contribution to the researches on the virus. A slip that becomes an affront when the new Prime Minister brands as “pharisaic” – therefore false, hypocritical, formalistic – a legitimate need for equality even in the field of institutional representation. Instead, he waived the promise of equal opportunities in work and society, acting as a prophet like the many men in history who told us what’s best for us. Quoting the words of the sociologist Chiara Saraceno:

Draghi’s speech of the “pharisaic respect for quotas” underestimates the fact that there is a strong gender discrimination rising up when dealing with equal competences, in every place. It also creates a serious suspicion of a very simple fact: if these men’s roles are only roles that don’t deserve all this importance, if they are mere formalisms, why not giving them up? Yet the United Nations tells us that among the countries that are led by women we find those that have responded best to Covid.

Finland, Denmark, Germany, Ethiopia, Iceland, New Zealand and Slovakia have been recognized for their quick response with leaders who have used more inclusive methods, preferring collaboration over competition.

but covid has put its foot down here too, and because of the suspension of elections in many countries, women’s representation also seems to be declining 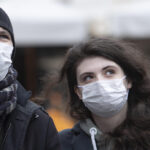 Hold on a moment though, because if we find ourselves behind, it doesn’t mean that the rest is doing great. Worldwide, the 85% of national anti-Covid task forces are composed mainly of men. While there are 21 women at the head of governments, the 81% of countries still have male leaders. Although female health workers compose the 70%, the 72% of the Ministers of Health and the heads of global health organizations are men. In the UK, during the pandemic, 42.5% of daily press conferences were exclusively held by men, with no female politicians or experts. Because of government priorities that shifted to the health emergency,

gender policies have disappeared from the political agenda of many countries. Many have taken advantage of this situation to reduce resources, spaces and freedoms of women

as in Hungary, where on March the 30th, President Orban took full power. On May 7 the president rejected the ratification of the Istanbul Convention to fight gender-based violence. In the meanwhile, in Poland, after years of attempts, they succeeded in removing the possibility to terminate a pregnancy in case of malformations, in order to limit abortion.